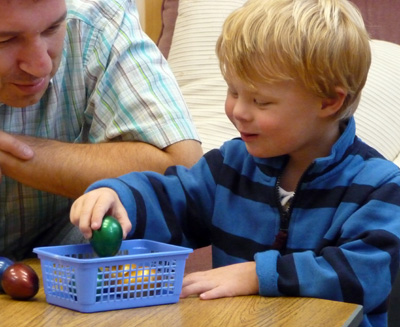 Charles Hulme and colleagues at York in the UK were some of the first to draw attention to this profile and its implications in 1992.[ 1 ]. Since then there have been many studies confirming it. Chris Jarrold and his team at Bristol, UK, have had a continuous programme of studies since the 1990s aiming to unravel the causes of this verbal short term memory weakness and ruled out hearing loss or speech difficulties as fully explaining it. They conclude that the phonological loop - a part of the verbal short term memory system which uses a speech (phonological) code - does not work well[ 2 ]. They have continued to explore underlying causes and have also turned their attention to studies which inform approaches to intervention [ 3 , 4 ]. Verbal short term memory influences language learning and language processing when listening to a speaker, learning to read and count, and many aspects of daily function. It is a central factor in intellectual abilities.